Printing technics were mastered by countries like India or China much before Europe. Until the 17th century European craftmen didn't know how to fix colors on fabrics during the printing process. In the middle ages techniques that were used were those of the roman empire: each color was printed separatly ; As the used of "mordant" was unknown the colors stayed on the surface of the fabric and were often dispaearing at the wash. Several Authors cited " Il libro dell'arte" written by Cennino Cennini in the early 15th century as the proof of the existence of block printing in Italy in the early Renaissance . But if you read the editions of that book by Tambroni and the Milanesi chapter CLXXIII , you will see that the description of how to do block printing is extremely basic and inapropriate.

The huge success of indian cotton printed textiles imported in Europe in the early 18th century was a threat for European manufacturers. Three Frenches living in India wrote detailed reports about the methods of printing, painting and dyeing cotton in India: Georges Roques (1678) and Antoine de Beaulieu (1734) who were representatives of the French East India Company and Coeurdoux who was a Jesuite Missionary (1742-1747 ) .
Toiles peintes ( printed fabrics) already existed in the south of France ( Marseille, Tarascon, Dauphiné ...) . Probably new techniques of block printing were introduced in Marseilles in the first half of the 17th century by Armenian merchants. But the dyeing techniques used for Indian calicos where still unknown in Marseilles and nobody was able to produce lasting colors until the las quarter of the seventeenth century. Nevertheless the first workshop making " Indiennes de Marseilles" was set up in 1648 in Marseilles. After the revocation of the edict of Nantes textile printing was introduced into England in 1676 by a French protestan refugee who opened works on the banks of the Thames near Richmond. Many French Huguenots fled France and developed their business ( including cotton printing workshops) in other European countries.

Indian cotton printing developed rapidly in continental Europe where new workshops were openend in France, Germany, Switzerland, Netherlands, Austria from 1680's. By the 1740s there were 80 textile print shops in Amsterdam.
Although France was the first country to engage in textile printing, Unappropriate political decisions stopped the development of textile industry in France for many years: The Revocation of the Edict of Nantes in 1685 made many protestants to leave France,most moving to Great Britain, Prussia, the Dutch Republic, Switzerland and the new French colonies in North America. The Royal ordonnance of 1686 forbid calico trade , usage and manufacture in France. Until the second half of the 18th century Netherlands and in a lesser extent Switzerland and Germany were the main places for innovation and production of printed textiles in Europe.
Jean Ryhiner stated in his 1766 book that the Swiss learned cotton printing from the Dutch. The s Ryhner family itself originated in Holland and moved to Basle only in the late seventeenth century.

From Basle, calico printing spread to Mulhouse and Neuchâtel and from there back to France after the ban was lifted in 1759. Even an ancient centre for the production of cotton textiles like Augusta (which contained the famous calico printers George and Jeremiah Neuhofer) learned the process from a Dutch worker.

In England the calico printing industry was relocated from London to Lancashire. 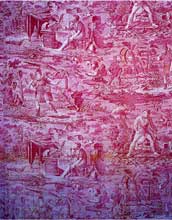 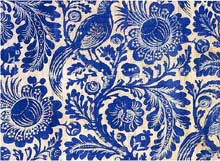 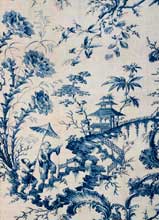