The production of textiles gave the Florentine economy a strong industrial basis from the end of the middle ages. Originally production was limited primarily to wool cloth, but in the late 14th century it expanded to silks. The Florentine wool industry had its origins in the exploitation of resources of the region. But as the wool was not of sufficient quantity and quality the growth of the textile industry depended on importing raw material. The best dyes came from the Orient, the best wool from England (imported from 1280). It was due to the better quality of the English wool that the wool fabrics produced in Florence were of better quality than the one from Flanders. Florence was located on one of Italy�s largest rivers, the Arno, allowing the cleaning of the wool and access to the sea via the port of Pisa. During the 14th century, one third of the city�s population was directly involved in the wool industry. The number of wool shop numbered over a hundred (152 in 1561.) The Guild of the Wool Merchants (Il Arte della Lana) founded in the late 12th c. was one of the most powerful guilds in Florence. 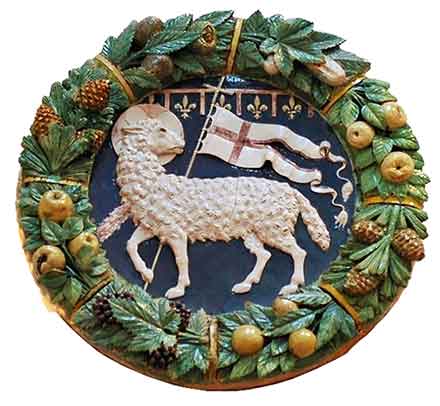 Coat of Arms of the Arte della Lana

See: The Arte della Lana & The Government of Florence

Florence had many assets that made its textile industry grow rapidly: merchants with commercial networks in Europe and the middle east, bankers with their own financial network and capital available for investment, a long tradition of entrepreneurship, skilled workers and a European market with a growing demand for luxury textiles and clothes. "Dress was employed as a primary visual means by medieval and Renaissance elite to manifest rank and magnificence publicly." (William J. Connell) 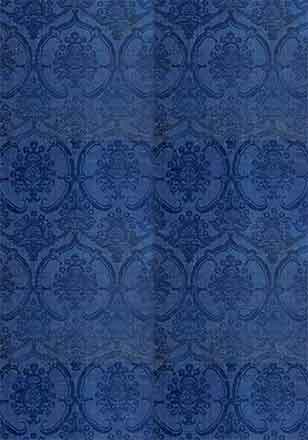 Florence had another important asset, the mastering of purple dye (oricello rosso) discovered in the 12th c. by a member of the Rucellai family. From this dicovery the Rucellai family accumulated a huge fortune in the woollen cloth business.

From 1252 The florin � the gold coin that takes its name from Florence, was minted. It was the most trusted currency in Europe
1340 population of about 94000., about 25,000 supported by the wool industry
1378 Revolt of the Ciompi (wool combers.) The Black Death killed at least one third of the population.
C�simo di Giovanni degli M�dici (1389 � 1464) was the first of the Medici political dynasty, de facto rulers of Florence.
1494 the Medici were ousted 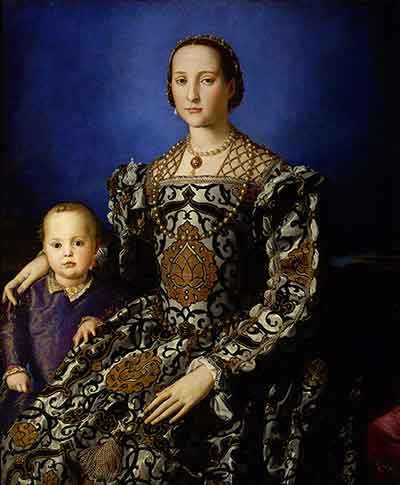 Eleanor of Toledo in a siler and gold velvet dress by Angelo Bronzino, circa 1545

The silk industry took root in Florence much later and it was not until the 15th century that Florence became a major producer of silk fabric.

In 1314 three hundred Guelf families emigrated from Lucca due to local political problems. The emigration of Lucchesi silk workers was one of the main causes of the creation of a silk industry in Florence. The second cause was the increasing demand for luxury goods and paticularly silk fabrics.

As the story of The Guild of Por Santa Maria (the guild representing the silk workers and producers) shows, it took a century before the silk industry became a major force in Florence.
In the middle of the 15th century the silk industry had an important phase of expansion; total production figures for silk for the period 1430-47 show a fourfold increase. Florence produced the most luxurious kinds of fabrics, including lampas, figured velvets, and brocades enhanced with gold and silver threads and elaborate embroidery. 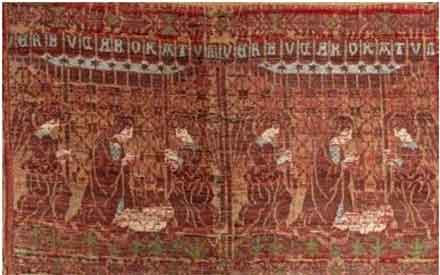