Genoa is one of the so-called "Maritime Republics" that established independance at the end of the 11th century and became prosperous through trade, banking and to a smaller extent industry. Shortly thereafter Genoa began importing silk fabrics from the eastern Mediterranean. The city became the main supplier of raw materials to the Lucchese silk industry at the beginning of its operation in the mid 12th century. It was not until the late 14th century, when the Lucchese silk workers had to leave their own city for political reasons, that Genoa started manufacturing its own silk fabrics. Prior to that date the Genoese manufactured gold and silver yarns, which were sent to Spain and France.

By the mid 15th century the silk industry had become the largest employer in Genoa, but the growth of this industry was particularly strong in the 16th century. Between 1566 and 1575, 339 new members joined the Silk Guild (Arte della Seta.) 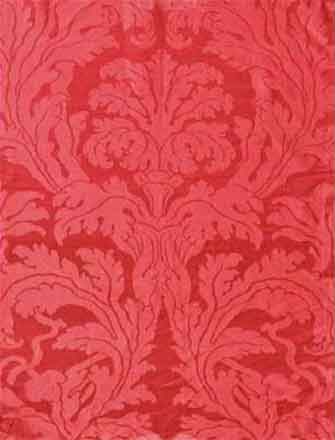