A simple embroidered crown symbolized nobility in Europe. It can be accompanied by letters or more sophisticated adornments such as a coat of arms or the family's motto. The United Kingdom had a very precise set of rules pertaining to crowns and coronets for the lower ranks of peerage. In continental Europe there are many different traditions. 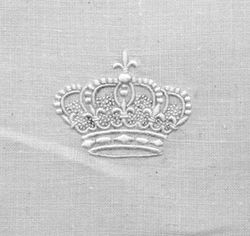 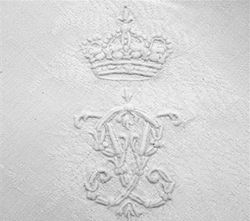 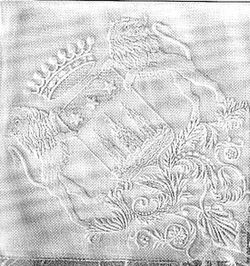 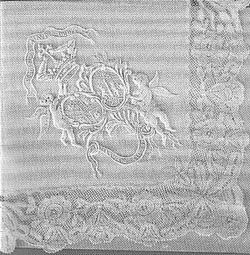 Marquis' crown hold up by two angels. Above the crown, the motto " Godefidus atavis dedit" is finely embroidered. 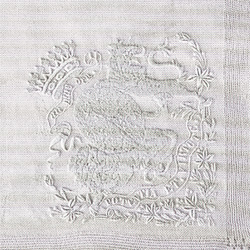 Comtal crown, coat of arms with two lions one upright and one lying down. Two embroidered mottos: " Potentia et virtute" ( power and courrage) and " an plus dru" 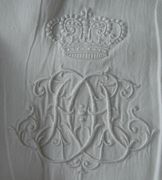 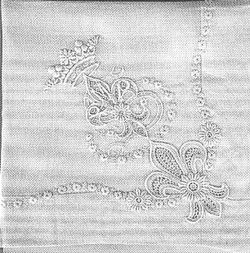 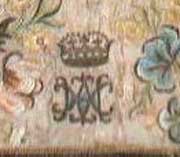 Episcopal crown and monogram on this chalice veil, 17th century.