How To Dye Madder Red

Take 3 lb of Allom, two Pound and half of white Tartar, a quarter of a pound of Fenugreek, two quarts of Wheat bran, boil all in the copper, then put in the stuff and let it boil 2 hours and half, after which take it out, cool it very well and hang it out for one Night. then to dye it, take 7 pound of Madder, an ounce and a half of Aqua Fortis, a Pint of Wheat Bran, put them into the copper, stir them very well about, and when the stuff have been very well rinced in the dye, then wind it very swift upon a Roller and tumble it about the Copper for an Hour at least, taking care that the Fire keep it boiling hot; after which take it out and rince it. (Source: French publication dated 1669.) 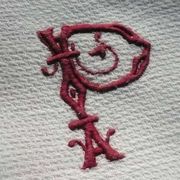 Embroidered red simple monogram with the foot in A. 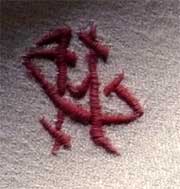