As far back as the 18th c. it became common to mark linens with the initials of their owner, largely in order to identify them as laundering was a collective, communal task. It was not uncommon for whole villages to participate all at once in the laundering of their linens. These initials were more often than not embroidered in red as madder was the most common, most durable and the least expensive dye available. Initially the style of letters used was Gothic or Roman. However embroideresses found these styles too limited for the expression of their talent, so they began to invent new and more sophisticated styles that added ornament and flourishes to their whitework embroidery. Books of embroidery models began to be published in Europe and these enjoyed a stunning success. Letters were most commonly embroidered in plumetis point, and the largest letters were often outlined while the inside was filled in with the tiny dots of sable point. Typography was an important source of inspiration in designing initials. 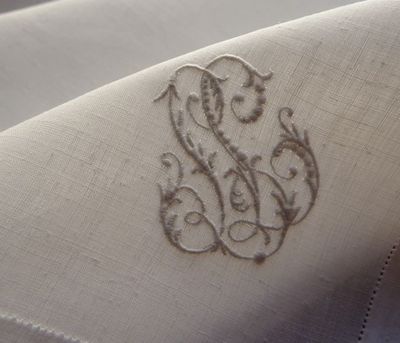 Starting in the mid-19th century in certain continental countries most girls were taught at school to sew and embroider. A distinction was made in marking linens between utilitarian work made with "point de marque" and white embroidery, the latter was a means of not only embellishing the piece but also a manner of proving the talent, refinement and social stature of the woman. 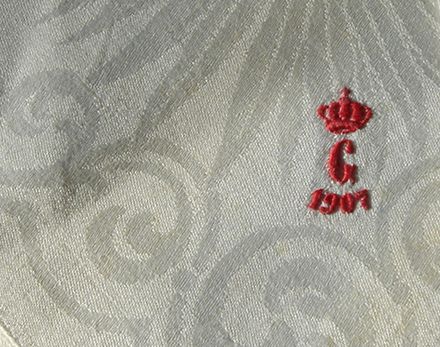 Young girls generally began their apprenticeship in sewing and embroidery at the tender age of five or six years old, and at 14 years of age they would begin the preparation of their "trousseau." The trousseau comprised not only the marriage sheet, but all the linens they would need for married life. Sometimes they started by embroidering only one letter, the one of their own name as the identity of their future husband was still unknown.

Monograms in the 19th c.

In the 19th c. members of the bourgeoisie were eager to show off their success and power, and embroidered monograms became a symbol of status. The competing talents of embroideresses and the sophistication of their designs made for some true masterpieces of hand work! 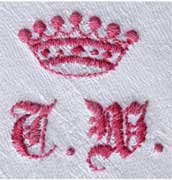 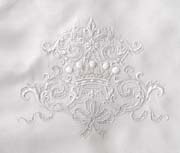 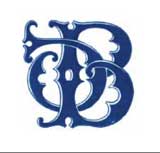