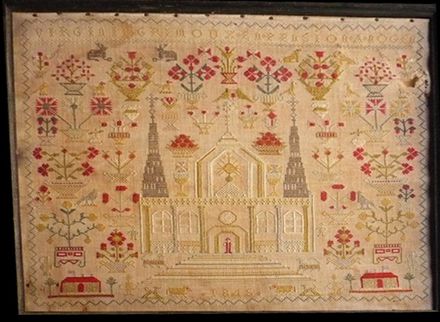 A sampler made by Virginie Grimoux in France in 1848 while she was attending boarding school. The dominant image of the sampler is the boarding school church where you can see the little figure of Virginie standing at the top of the step. Surrounding the church she embroidered multiple representation of flowers and a great variety of little animals, icluding birds, rabbits, mices dogs, lambs, cows, etc. 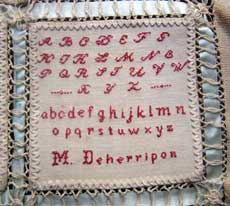 The cross stitch point appeared in france between the X and XII century. The Lady of the manor stitched patterns that their Lord brought back from the crusades. From the XVI century making samplers (marquoir in french) was a way to teach young girls the alphabet letters. Red crossed stitch letters wer used to tag linens. 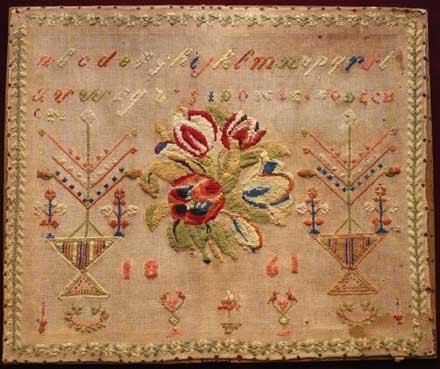 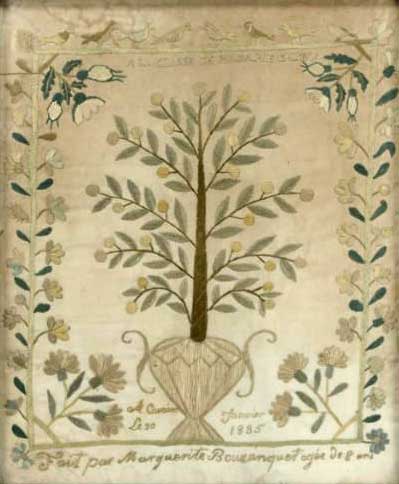 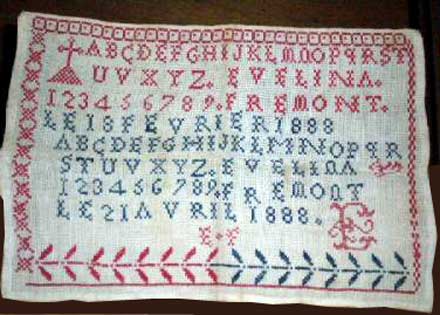