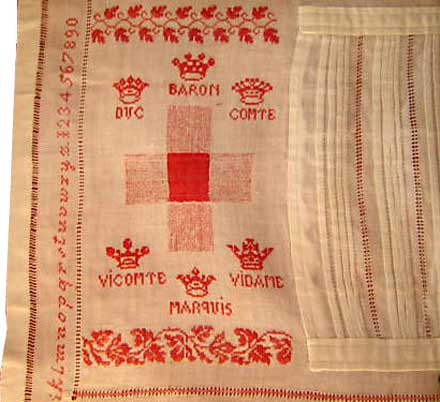 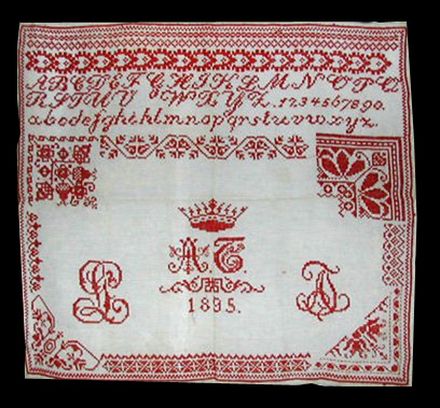 the sampler, or ?abcdaire,? was the pride of each little girl who arrived in the adult world.?On a swath of cloth, she embroidered in needlepoint the letters of the alphabet as well as the numbers from zero to nine.?The initialled letters of the ?marquoir,? or the family stamp, were always ?blood red,? a symbolic reference of the young girl?s destiny as a woman.?Why red??Because red was also a strong and durable dye, resistant to multiple launderings and one that could be easily seen.?Before the era of chemistry the colorant widely used was ?common madder,? or ?rubia tinctorum.??Common madder belongs to the vast plant world family of rubiaceae, quite a remarkable family in that it also includes the plants that produce coffee beans and quinine.?A perennial plant, common madder has evergreen leaves, tiny yellow/white flowers?and reddish black pea-sized berries.?However, it?s in the roots that the pigment is found that is the source of the dye known today as alizarin.? 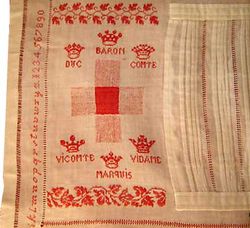 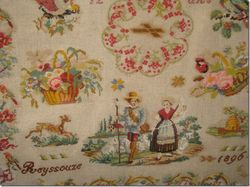 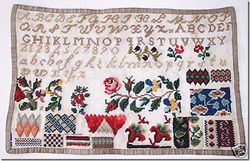 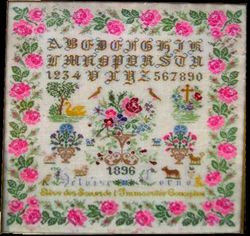 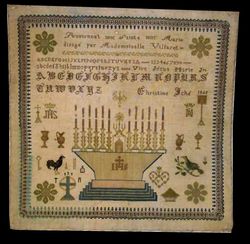 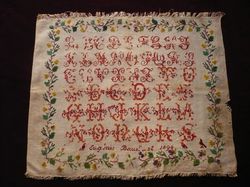