Born in Ukraine, Sonia Delaunay (nee Stern, Terk) trained as a painter before moving to Paris in 1905 and she married the painter Robert Delaunay (1885-1941) in 1910. As early as 1912 Sonia was designing embroidery and book-bindings alongside her abstract paintings, and after the loss ot her private income in 1917 (as a result of the Russian Revolution) she became more preoccupied with her design work. 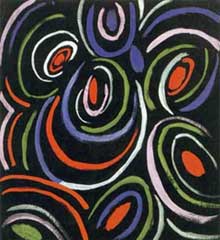 After spending time in Madrid during the First World War, she opened her Atelier Simultane in Paris, designing fashion, textiles and interiors. At the 1925 Paris Exposition she ran the Boutique Simultanee where she achieved fame as a designer of modern fashions. In the 1930's the Delaunays concentrated on public art and advertising, and at the 1937 Paris Exposition they designed a series of large murals. 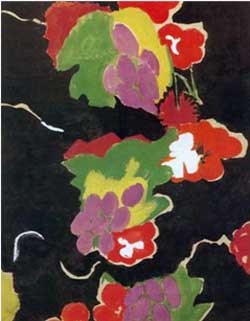 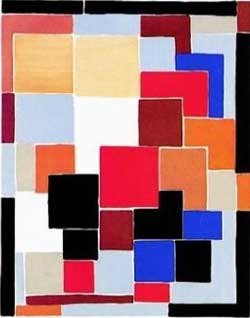