Joseph Dandrige, a well respected English naturalist, entomologist and silk designer, worked occasionally for James Leman. In typically British style he was interested in nature and natural history as a hobby, however studied it very seriously and in the end made an important contribution to the world of science. He amassed an important collection of natural objects and aided many other English naturalists. Dandridge also drew and painted butterflies and other natural history subjects. 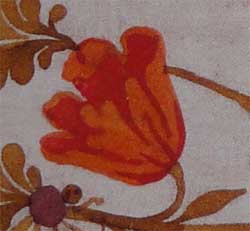 Born in Winslow, Buckinghamshire in 1664 Dandridge was the son of a barber-surgeon. He started his career sketching for a merchant tailor in London in 1679 and later became a pattern designer for the silk industry at Spitafields. He joined the Merchant Taylors' Company in 1692, and toward the end of his life, in 1740, was elected its Master. He was probably the founder of the Society of Aurelians and highly respetcted by his peers.

A number of Dandridge's silk designs dating from between 1717 and 1722 are in the collection of the Victoria & Albert Musuem. 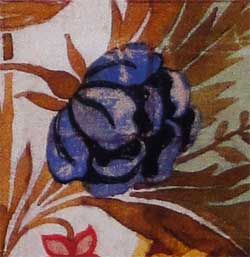 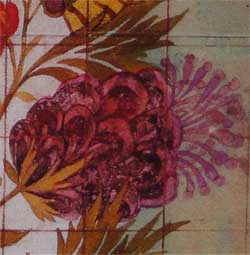